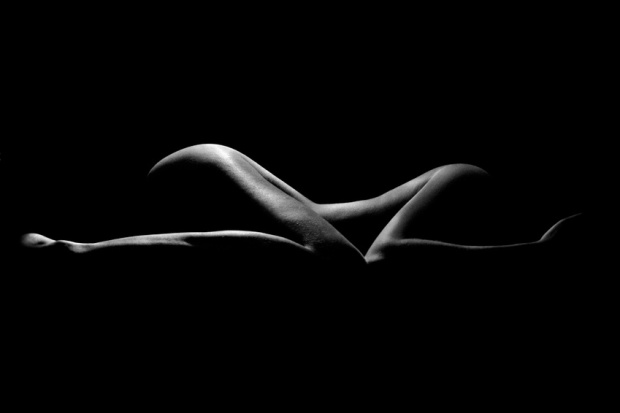 The man of today is drowning in the ocean of subjectivity, in phenomena, falling for his own shadow, falling a second fall. By continuous feeding of our little desires we have made a mistress out of them; mental and physical needs become more subtle, and we have developed a consciousness for them; we have become too conscious of every disturbance, and we struggle to suppress it one way or another, like a madman trying to calm the waters by pressing down upon waves. But this growth of desire has no end, a shoreless ocean it is; it opens up indefinitely like a fractal.

We are so mesmerized with the dance of forms that we can’t remember our exalted station. Man is a frail and fragile creature, a transient phenomenon; but what is within him, or what animates him, is immortal and indestructible. It is the androgynous perceiver of all the states of reality. It perceives all points of view at once; It sees through all eyes: It is the beholder of every now and then, of every here and there. It is what it is; “I am that I am.”

This universe is a one-man universe. There is no one else in it but you; there is no “other.” It is like when we reenact a situation or lost opportunity in our head, playing all sides and conversations by ourselves! This world, this diversity of subjects and objects, it is one of those situations in the mind of the Solitary One. And you are that One, the One without a second, the only One; and there is nothing like it.

The otherness of the other is just another perception. The other is a manufactured reality, a notion, an alien interpretation read into the Current of Forms. I am all alone; I am the only reality. The diversity of subjects and objects, giving rise to the illusion of multiplicity, has its cause in a greater and higher intelligence beyond the mind. Being one and alone, It perceives within itself an apparent diversity, much like when a single mind can perceive such diversity in a dream state. As it is in the nature of light to shine, it is in the nature of consciousness to project, to make an image of its ideas. So the reality of the image is not to be found in the image itself but in the consciousness that projects it. All we perceive is light; world, diversity, is an interpretation: “The face of Truth is concealed by a golden vessel.” (Isha Upanishad)

In this world there is no such thing as equality. There are greater men as there are lesser men. What shines in them is the same; the difference is only in what they reflect of that Intelligible Light. The difference is in the degree to which they reflect in the outside world what is reflected within them. It is the matter of concentration and utilization. The psycho-physical constitution of a man, and indeed of this modern people, is such that the intelligence shining in him is mostly dissipated by mundane curiosities and irrelevant information; the attention is leaking out every which way.

As sun shines equally on everything, pure intelligence too shines equally in every being and animates it; but the receptivity of the spirit to this light always depends on our spiritual/intellectual orientation. If your mind-body complex is consuming most of your intelligence, then you are moving toward intellectual dullness and stupidity. Here lies the difference between literacy and knowledge, between mere information and true wisdom: Literacy doesn’t make noble men; it doesn’t impart virtue. Books don’t make men; it is men who make books. We see more crookedness, arrogance, and awkwardness in the merely literate than the illiterate. While literacy concerns itself with the letter, or the most superficial reading of it, knowledge is concerned with the spirit behind the letter, i.e. the transcendent and immutable meaning of things.

The imperative has always been the same: Know thyself. Know, first, that by knowing which everything else is known.

We produce informed but not wise men. We produce readers but not seers. We produce sterile beings. It is by the admission of our scientists and philosophers that “the more we know we realized how little we know.” That this knowledge, this outward curiosity, adds not to knowledge but to our ignorance. Then, how can it be called knowledge when by possessing it we feel less knowledgeable. Simple is the answer: This cannot be knowledge in the true sense of the word if it does not remove ignorance and instead multiplies it. That is why the more we fill ourselves with this world-knowledge, the more empty and arrogant we become. This is the difference between knowledge and literacy; in the latter we accumulate letters, a pile of names and forms, something even a tiny flash-drive can do; while in knowledge we accumulate nothing; we only peel off the many layers of ignorance; we add no more conceptions but stand behind all conceptions. By reaching the ground of Being we stand under everything; then and only then can we say we truly understand.

In true knowledge we add nothing but subtract everything until the true Self shines, until its beams emerge from underneath a pile of forms and letters. Literacy makes a man heavier, less flexible, less immortal; but knowledge, i.e. knowledge of universal principles, makes a man light, more flexible, and closer to immortality. At the summit, when the last veil, i.e. your human cover, drops and His face, your true Self, is beheld, then immortality is realized. And it is the immortal man who hovers over the surface of the waters, the waters in which the literate man of today is drowning to his demise.

Some make their own truths, and some let themselves be made by the truth: To be made is to be hammered.

4 thoughts on “Hell is the Other”