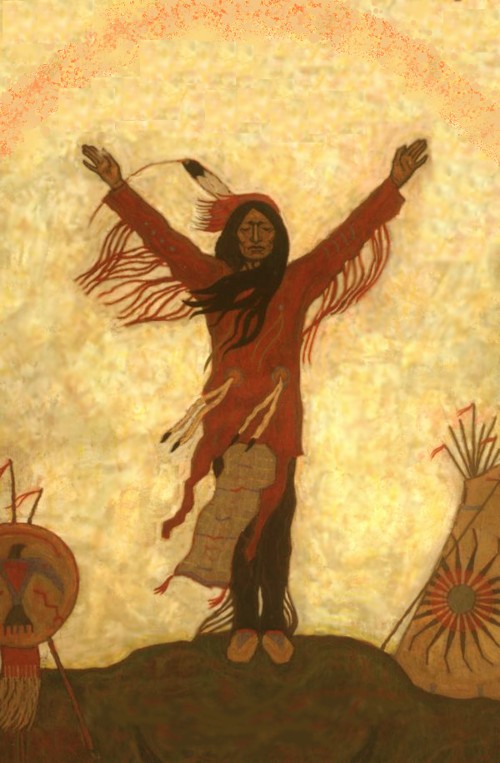 When you invoke the name of God, when you remember him and think of him, know that you are not just entertaining an idea in the mind or an emotion in the heart. Your invocation makes God himself present. In thinking of God we intuit God himself.

God as the Absolute and the Infinite, as the perfect being, cannot be conceived of in the mind without being actually present; if it could, then the mental idea would not be of the perfect being since it lacks actuality.

The thought of God, its idea, cannot be different from God himself because God as the perfect being cannot have a representation, which is to say that all representations of God, his name or his image, must be aspects of God himself.

For God to have a representation that is not an aspect of God himself, that representation has to be a strictly human construct. The human mind, however, being in the realm of the finite and the relative cannot construct a mental idea of a perfect being without having an intuitive knowledge of what perfection is; neither a discursive knowledge of perfection is possible because it would require infinite steps in concept construction which itself presuppose an intuitive knowledge of infinity, again something inaccessible to the strictly human mind.

All attempts at attributing the existence of the idea of God to mere mental construction presuppose one or another aspect of God.

The idea is that there cannot be an idea of God without it being identical with God himself. This, of course, is obvious to one who is in constant remembrance of the One.

*The painting is by the mystic and philosopher Frithjof Schuon, the chief exponent of the Perennialist School.

9 thoughts on “Invocation of The Name”