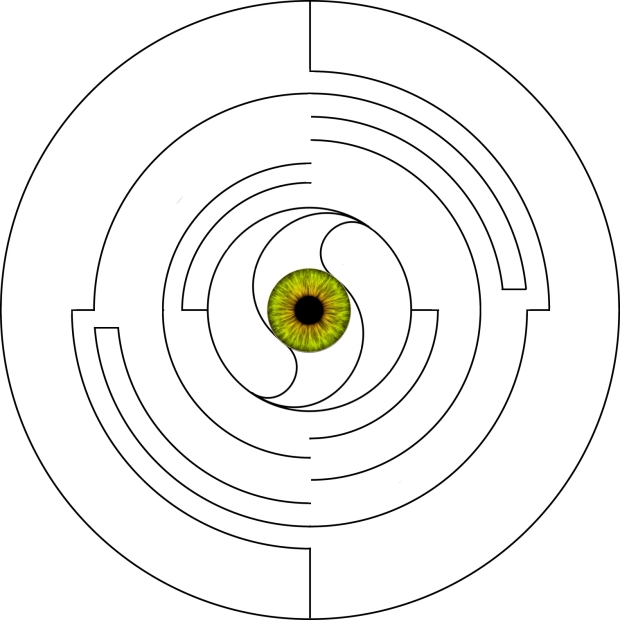 It gives Itself in one form or another. Now as boring, now as exciting; often as dreadful, and sometimes as sweet and cozy. These are the many faces of infinity, and who knows why It gives Itself as It does!

I have played in vain with the control knobs of this spaceship called human. What I have managed to evade or steal in Its givenness, I have found myself to receive or pay out of my soul elsewhere down the road.

It plays a zero sum game. I chose to use the pleasure of a lifetime in one day, only to suffer another day that lasted a lifetime.

One sees only the given but not the giving, for It never ceases to give. Its giving is never noticed, for it is never interrupted. It is only through interruption that we notice things.

They say Its mercy prevails over Its wrath. That may be true in a sense; but what is Its wrath but unrecognized mercy, a result of contempt prior to due patience!

Dwelling in the swamp of forms, we are torn between likes and dislikes. But what appears as pleasant is essentially the same as what appears as unpleasant. Oh, how dreadful is the blind life of belief and self-reliance, and how blissful the bright life of sight and It-reliance!

What is is full, and It is unmanifest in Its fullness. To manifest Itself, It must sacrifice the fullness: It reveals an aspect of Itself by hiding another aspect. Like the moon, everything that appears has a dark side eternally fixed in the unmanifest.

It is a strange It: It reveals Itself but hiding Itself, and It is hidden only by Its own revelation.

The Real is full of empty. It listens to Itself playing Itself in Itself and for Itself.

One thought on “It Is Full of Empty”